Triangulations pt I: Revisiting A Journal of the Plague Year on the Eastern Pacific Coast


The exhibition, A Journal of the Plague Year, originally responded to disparate narratives of 2003 in Hong Kong—the SARS epidemic, the first arrivals of mainland Chinese on individual tourist visas, and the beginning of the democracy movement, as well as the death of pop culture figure and pan-Asian icon Leslie Cheung, the exhibition traced the fears of disease and fears of other people, both colonial and recent, and the political and pop-cultural watersheds that have shaped Hong Kong identity in the years since. These themes have come back with renewed strength in the recent months of the COVID-19 crisis, with a similar profile of fear grappling our collective imagination. For this special Pacific Coast presentation, curators Cosmin Costinas and Inti Guerrero will focus on the 2015 version of A Journal of the Plague Year held at Kadist Art Foundation in San Francisco. As noted in the press release for San Francisco version of the exhibition:

California and San Francisco were deeply affected by the Western world’s anti-Chinese immigration prejudices, through the history of Chinese immigration in relation to the Gold Rush, the 19th-century railway construction in the Western United States, and the subsequent Chinese Exclusion Act. These events make this exhibition highly relevant in a context that has not entirely moved beyond the stereotypes of its past centuries, even as it finds itself ever more deeply entangled in an emerging Asia-Pacific geopolitics of power.

While held in the United States, the questions raised in the exhibition are also highly relevant to the parallel histories of immigration, exclusion, and heightened xenophobia on Canada’s West Coast, as exemplified by recent acts of violence and intimidation perpetrated against members of the Chinese Canadian community in B.C.

The talk will be followed up by a written response by Nanaimo-raised and Los Angeles-based artist Charlotte Zhang.

Borrowing a term from both navigation and research methods in social science that employ multiple points of view, Triangulations offers three online propositions with artists and curators in Hong Kong, Beijing and Manila, encompassing shared concerns germane to the pandemic and locational contexts. Produced as part of Pacific Crossings in partnership with Centre A: Vancouver International Centre for Contemporary Asian Art, Nanaimo Art Gallery, and Richmond Art Gallery, Triangulations is a coordinated effort to bring forward distinct perspectives from different regions through digital means to support empathy and to cultivate shared understandings about what the future may hold for the arts sector and for the public. 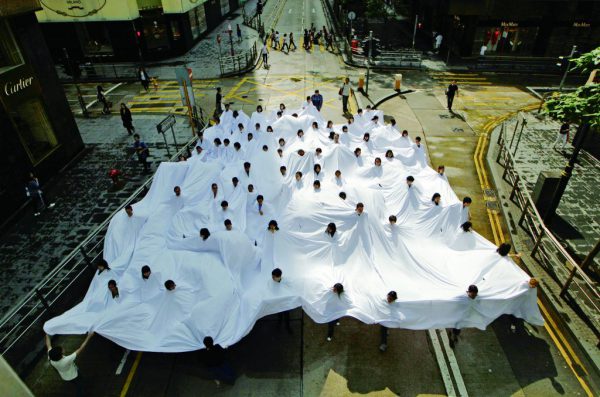