Load na Dito is an artistic and research project by Mayumi Hirano and Mark Salvatus based in Manila, Philippines. Developed as a home made culture, currently located in Cubao, Quezon City, it uses any possible space as a site for knowledge sharing, inquiry and discussion. “Load na Dito” is a local top up system for cellphone credit, where you can load anywhere as long as you can see a sign “load na dito.”  Developing it as a model, the pair make projects in different locations—building new energies to have “load.”  Load na Dito co-founders, researcher-curator Mayumi Hirano and artist-organizer Mark Salvatus, offered context of their practice working in the Philippines and within the wider Asian art community.

Mayumi Hirano is an independent curator, researcher and translator based in Manila and Osaka, Japan. She is the co-founder of a multi-disciplinary space 98B COLLABoratory where she was the head of educational program, until 2018. After her curatorial practice at Yokohama Triennale (2005) and Koganecho Bazaar (2008-2013), her research and practice continues to focus on the relationship between art and society. She is currently focusing on developing educational programs that facilitate experimentations with various ideas by using creative mediums. Mayumi was an Asian Public Intellectuals Fellow (2013-2014), and worked as a researcher for Asia Art Archive, Hong Kong (2007-2008).

(documentation: there should be an audio file, some casual photos, and possibly more from RAG, ask Shaun/Allison) 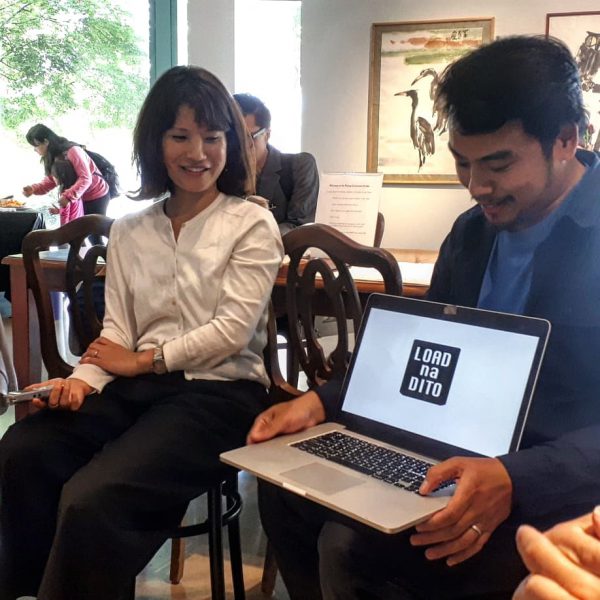